Who Gets Food Stamps?

More recently, a new movie A Place at the Table, highlighting hunger in America, just hit the theaters.

But most importantly: Forty-seven million people receive the benefit monthly.

With all the talk of makers and takers, I thought it would be interesting to map, state-by-state, SNAP participation in America. There are many ways to graph this, so let's start simple. 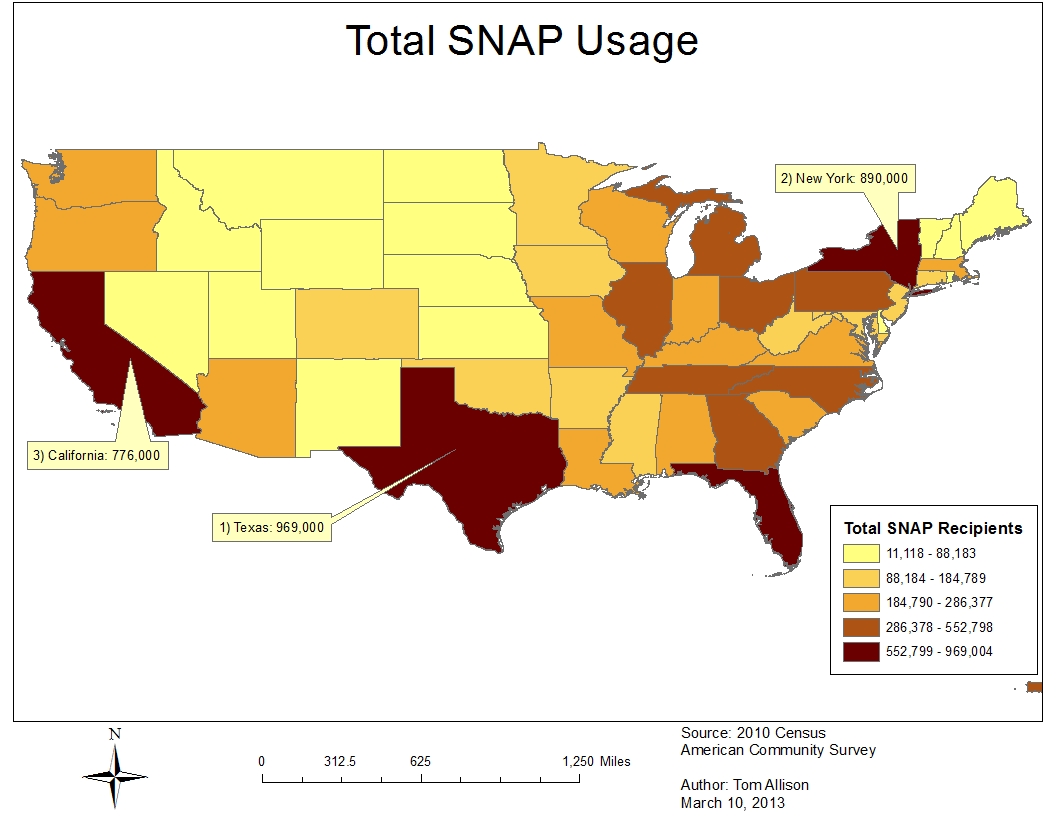 Above is a map of the continental United States' SNAP usage. Perhaps not surprisingly, the country's most populous states have the highest participation. It's important to emphasize this because it illustrates that poverty isn't a red or blue state problem, or unique to a geographical area. Poverty is a national problem that leaves tens of millions of Americans unsure of where they're going to get their next meal. And generally, the more people there are, the more poor people there are too.

But while we have this data up, let's tweak it and see what participation looks like as a percentage of state population. This is a slightly different metric than state participants per national capita, that would look at each states' participation as a share of the national total. Instead, recipients by state divided by the state population should display which states have the highest concentrations of those dependent on food assistance programs. 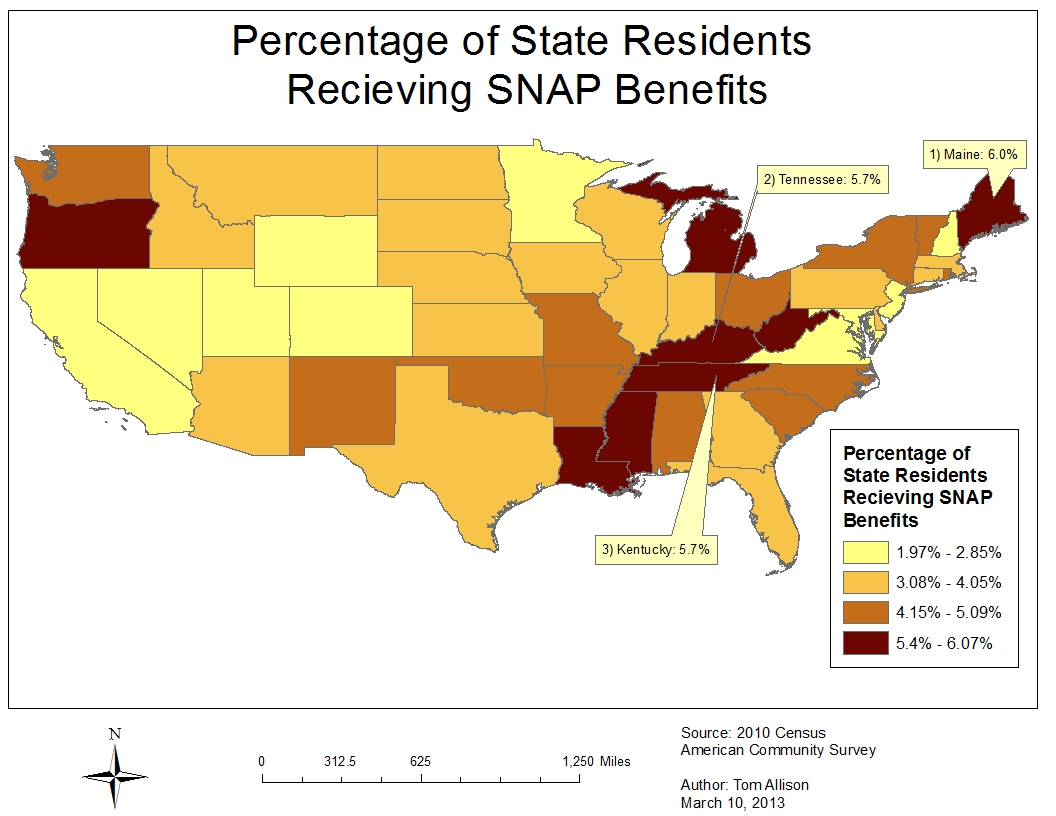 Here we have a slightly different picture. California, with the third highest number of SNAP participants in the country, incredibly has the 2nd smallest percentage of use, just over 2%. Texas, who ranked first by total SNAP participants, has fallen to the middle of the pack.

With the exception of the two outliers in Oregon and Maine, we clearly see a trend of states moving from Michigan to the north, down through Ohio and the Appalachia  and into the deep South through Louisiana.

So What?
Not exactly policy breakthrough, but when deriding the country's "takers," one should remember that there are poor people everywhere in America, who rely on assistance programs like SNAP to feed their family. And the next time you hear a Congressperson talking about food stamps as emblematic of a society unduly reliant on government, check to see how reliant the state they represent is on assistance programs.