A short memo I out together for WABA last fall. Need to pick this project back up and look at different cities, and stratify by age. Any other thoughts? What does transportation tell us about a neighborhood, an economy, or society? 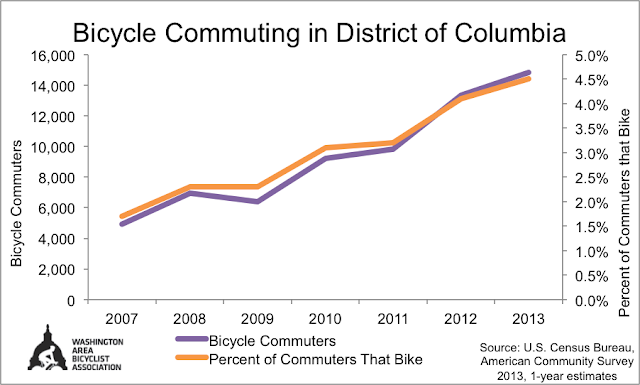 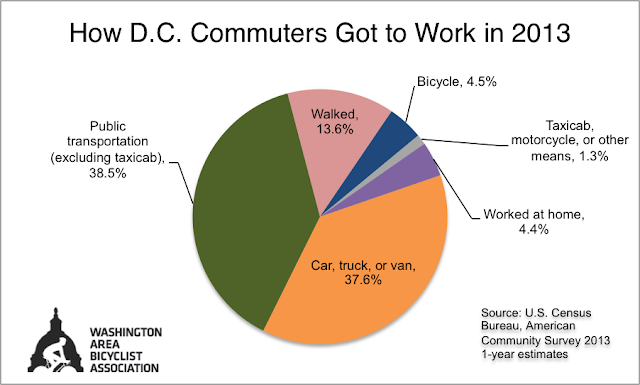 Metro Area
In the broader Washington metro area, an estimated 28,000 commuters got to work on their bikes in 2013.


Perhaps not surprisingly, a smaller proportion of total commuters used bicycles to get to work however: (around 1 percent). 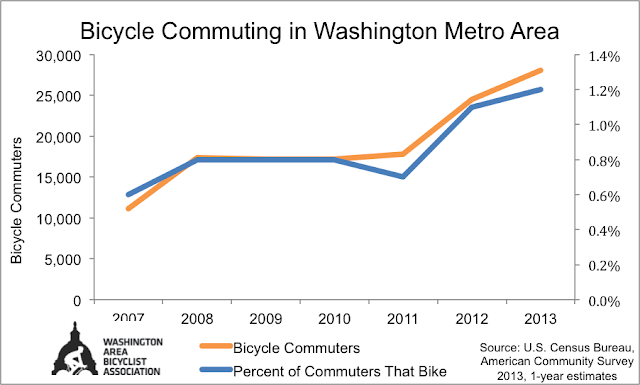 Not surprisingly, driving remains the most popular way to commute for the larger Metro area: 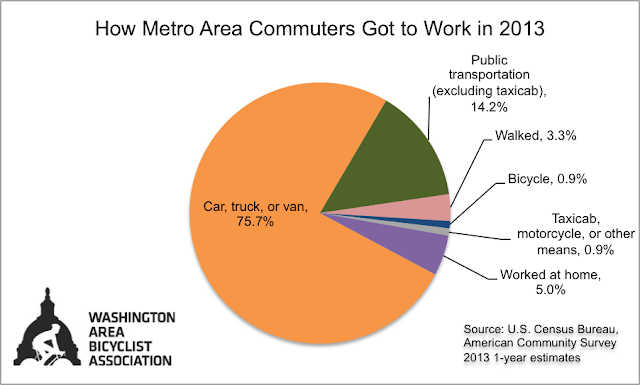 Gender Disparities Persist
Despite impressive gains in cycling as a preferred means of getting to and from work, gender disparities persist in the District and the wider Metropolitan area. 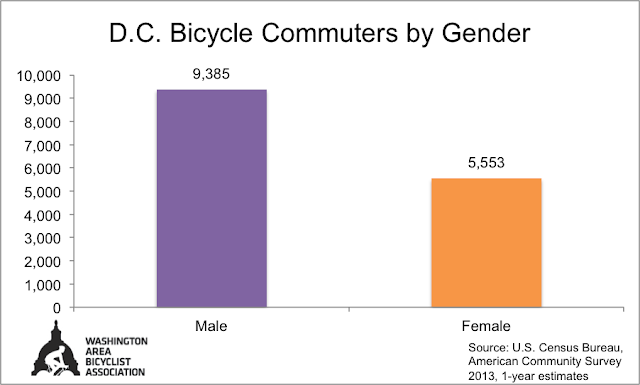 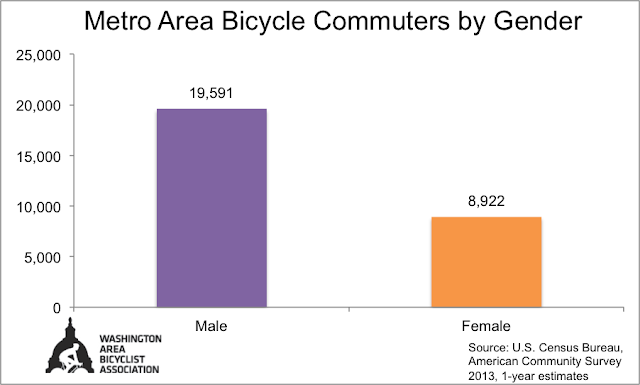